The poem “Come”/“Ven” is from one of Cristina Peri Rossi’s most recent volumes of poetry, Las Replicantes ( The Replicants , Ediciones Cálamo, 2016). Peri Rossi’s poetic work over the past fifty years creates an archive of lesbian affection and queer kinship, centering desire, eroticism, and intimacy. My translations of her work are informed by an attention to that intimacy, and “Come”/“Ven” is no exception. One such approach to this work was including select fragments of the Spanish within the English version in order to signal intimate speech acts. There are certain terms of endearment that transcend recontextualization in English, but there are also those that signal a familiarity and exclusivity that I choose to illuminate by setting them apart linguistically. By highlighting the lovers’ dialogue in Spanish (“te esnifas el tiempo,” literally “you are sniffing time,” meaning “you are wasting time,” and “un día es largo como un siglo,” literally “a day is long as a century”), I remind the reader that these speech acts are exclusive, separate, yearning, undressed.

Elizabeth Rose is a poet, translator, and PhD candidate in comparative literature at the University of Pennsylvania. They translate primarily from Spanish, and their scholarship centers the intersections of translation, queer and trans theory, and transnational American studies. Their work has appeared in Alchemy, Tupelo Quarterly, Cagibi, Volume, and Raspa Magazine, among other places. They currently reside on occupied Tohono O’odham territory, or Tucson, Arizona. 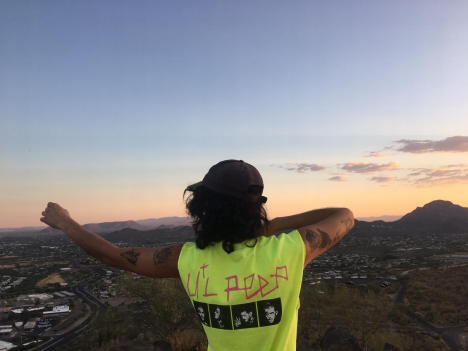